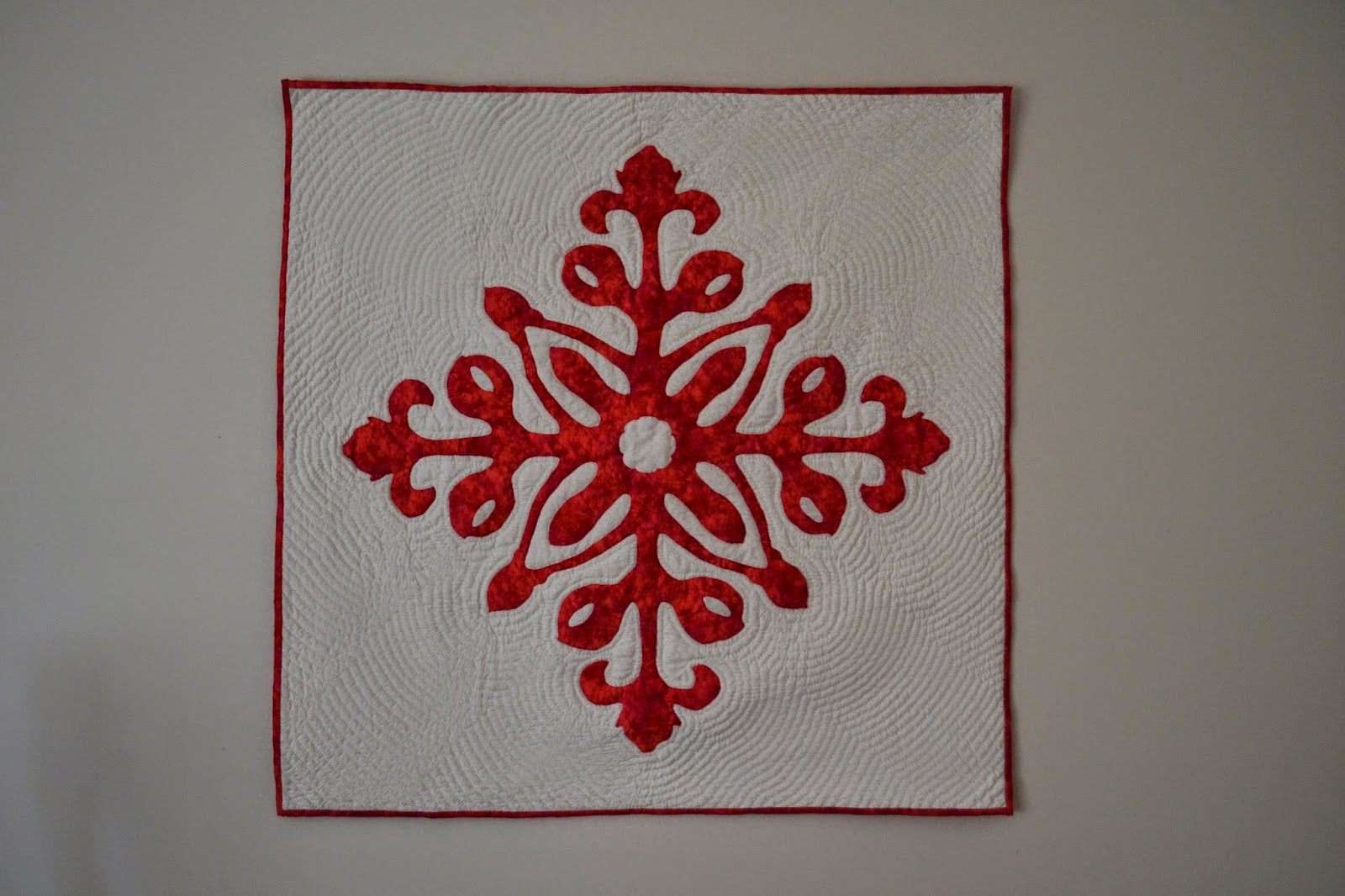 I cannot believe it!  I think that this just became my prized possession.  For a crazy moment, I considered taking out an insurance policy on it, but then realized that an insurance policy would only give me money if I lost it, not the hours (and hours) of my life that I spent on it back. 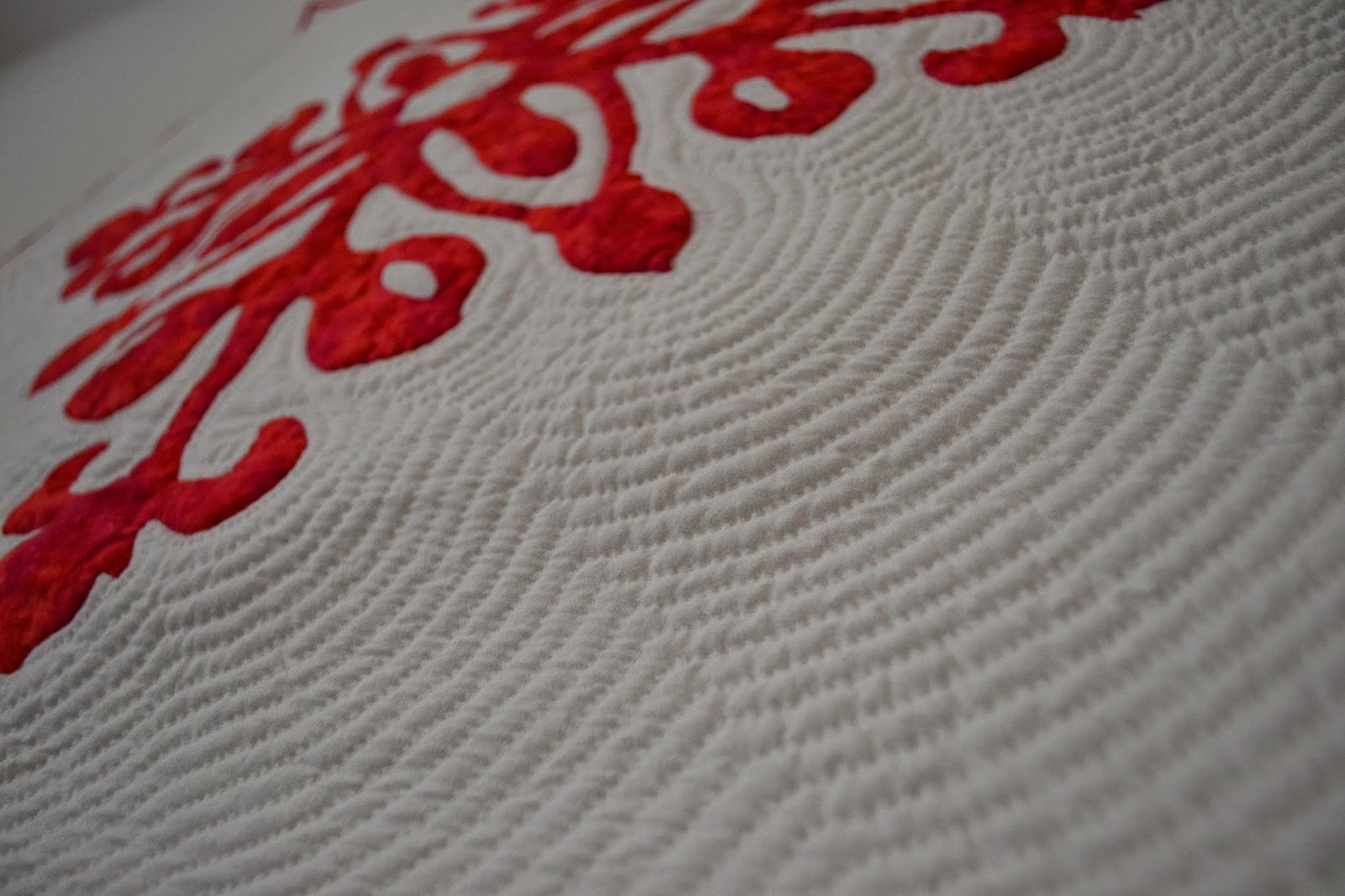 I started this in a weeklong class on Hawaiian quilting.  Hawaiian quilts are made from one piece of fabric appliqued onto a wholecloth background.  The applique is cut paper-snowflake-style from folded fabric.  The amount of time it took to applique this sucker down was substantial, and I remember working on it for hours and looking up and realizing that my eyes were not able to focus on the far wall of the room.  Haha, whoops!  Hopefully that wasn't a permanent effect. 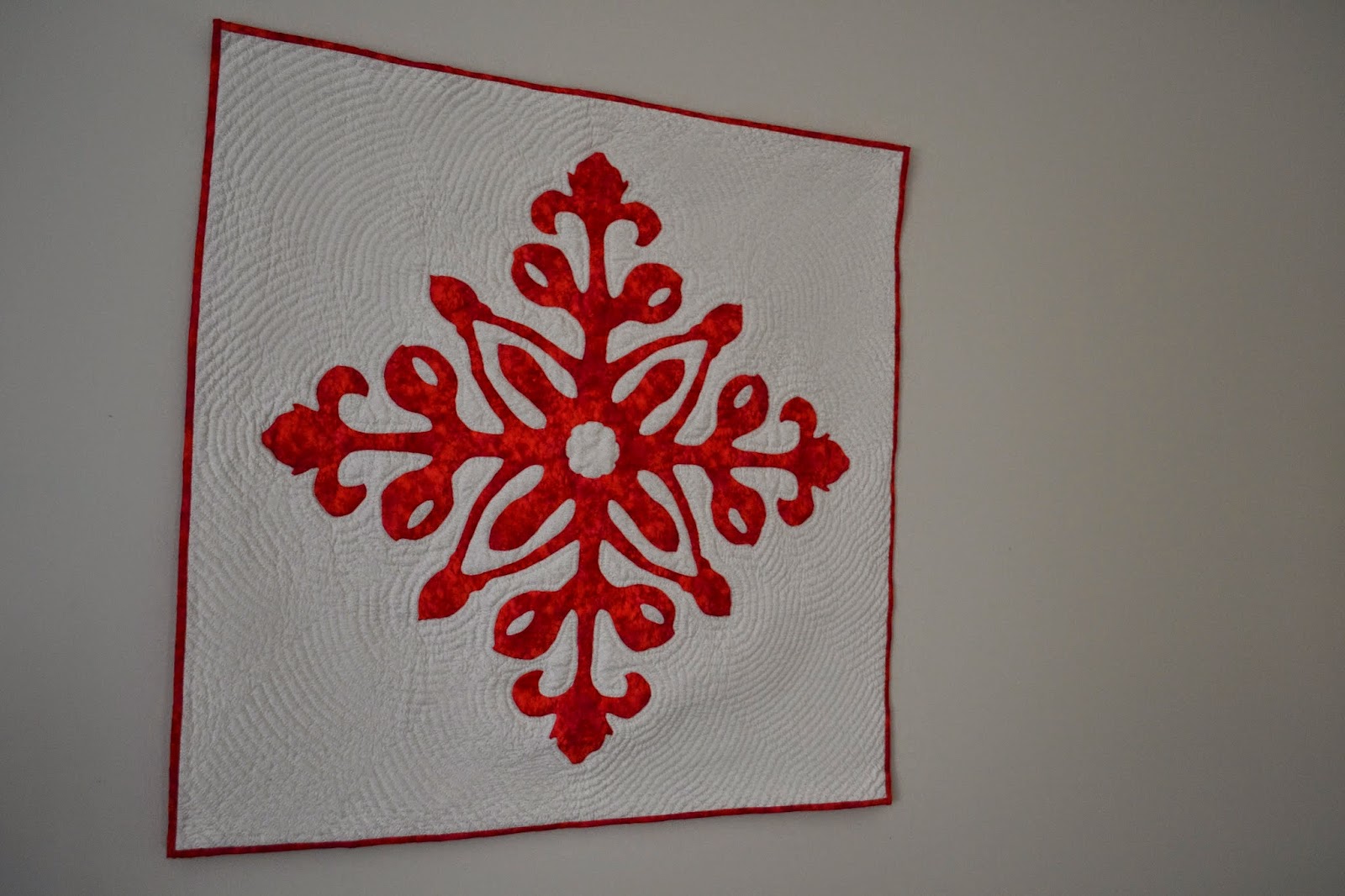 When picking this back up, I had a moment of "gah, why on-point setting," but it quickly became "gah, why choose a design calling for on-point setting."  This had to be on-point, and I didn't ruin what little farsightedness I had left to leave it unfinished.

It's been pretty rainy, so the pictures are a bit dark.  The pic below shows the screaming pink/orange more accurately than the ones above. 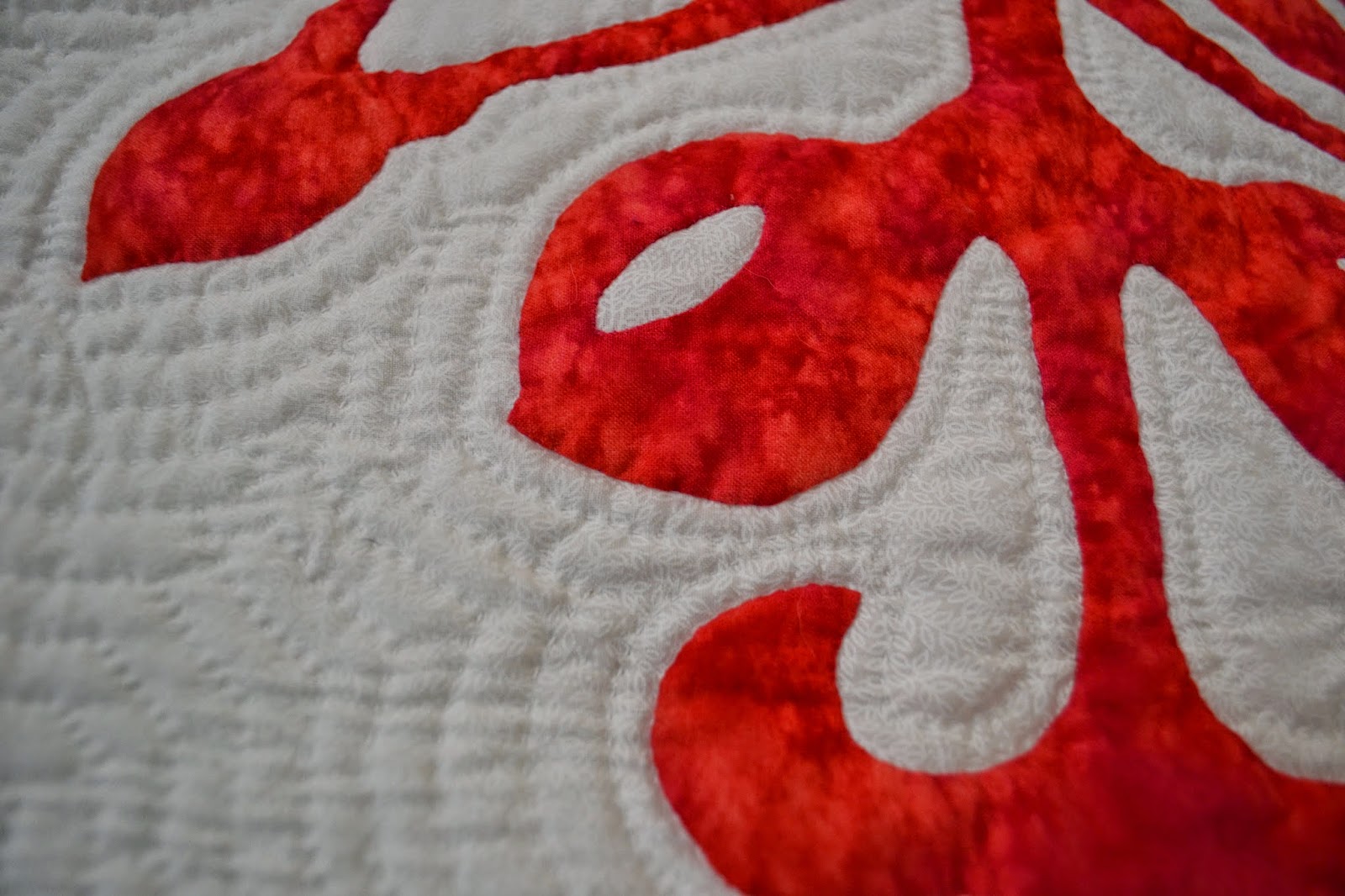 So, to pick up hand quilting again, I watched part of a three-minute YouTube video and then just did it for hours and hours and hours and hours.  The two tips I have for aspiring hand-quilters are as follows: 1) use the thimbled finger and your thumb to grip the needle as you pull it through the pile of stitches you've made, and 2) focus on the evenness of the length of the stitches on top, rather than how far apart they are, because the visible thread is more noticeable than the spaces (where the thread is in the back).  Your spacing will get better as you go along, too.

The selvage of the pink/orange fabric was dated 2004, so I'm guessing that's the year that I started this bad boy.  Ten years!  The big whompin bed quilt I finished a few months ago was only started four years ago.  There's one more quilting UFO left, this one started in 1998, and then that's it for long-buried projects.  Luckily, my nascent spinning skills and tendency to spin ridiculously thin offer a couple projects that shouldn't be finished until around 2030 or so.  Honestly, it's weirdly scary to contemplate being out of old projects - like they're only part of my identity if they're unfinished?  I don't know.  Didn't anticipate existential terror as a result of finishing this quilt up.

Aaaand on that note, happy crafting!

Linking up to crazymomquilts for Finish It Up Friday!  Look for me there again in 3 decades!
Posted by MTB at 6:02 PM 2 comments:
Labels: quilting
Newer Posts Older Posts Home
Subscribe to: Posts (Atom)