My sock-knitting juggernaut grinds towards 100 completed pairs - pair 87 is done and dusted, and will be making the journey to their new home just as soon as I can get to the post office.  (Merry Christmas, Lady!) 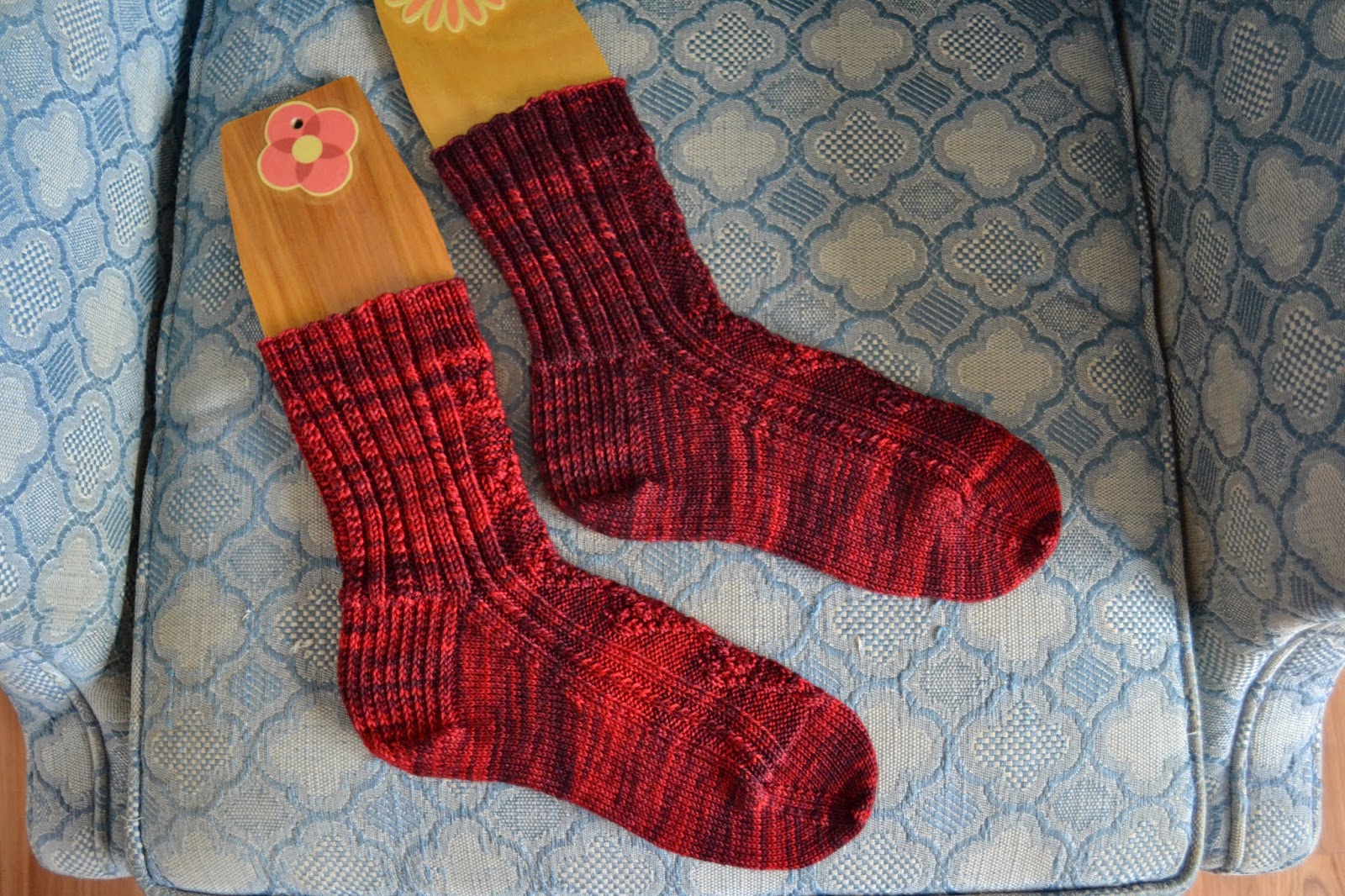 The disparity in color between the two socks is not a trick of the light, unfortunately.  The skein was distinctly darker at one end than the other.   I'm not happy about that.  The yarn and resulting socks are lusciously soft, though. 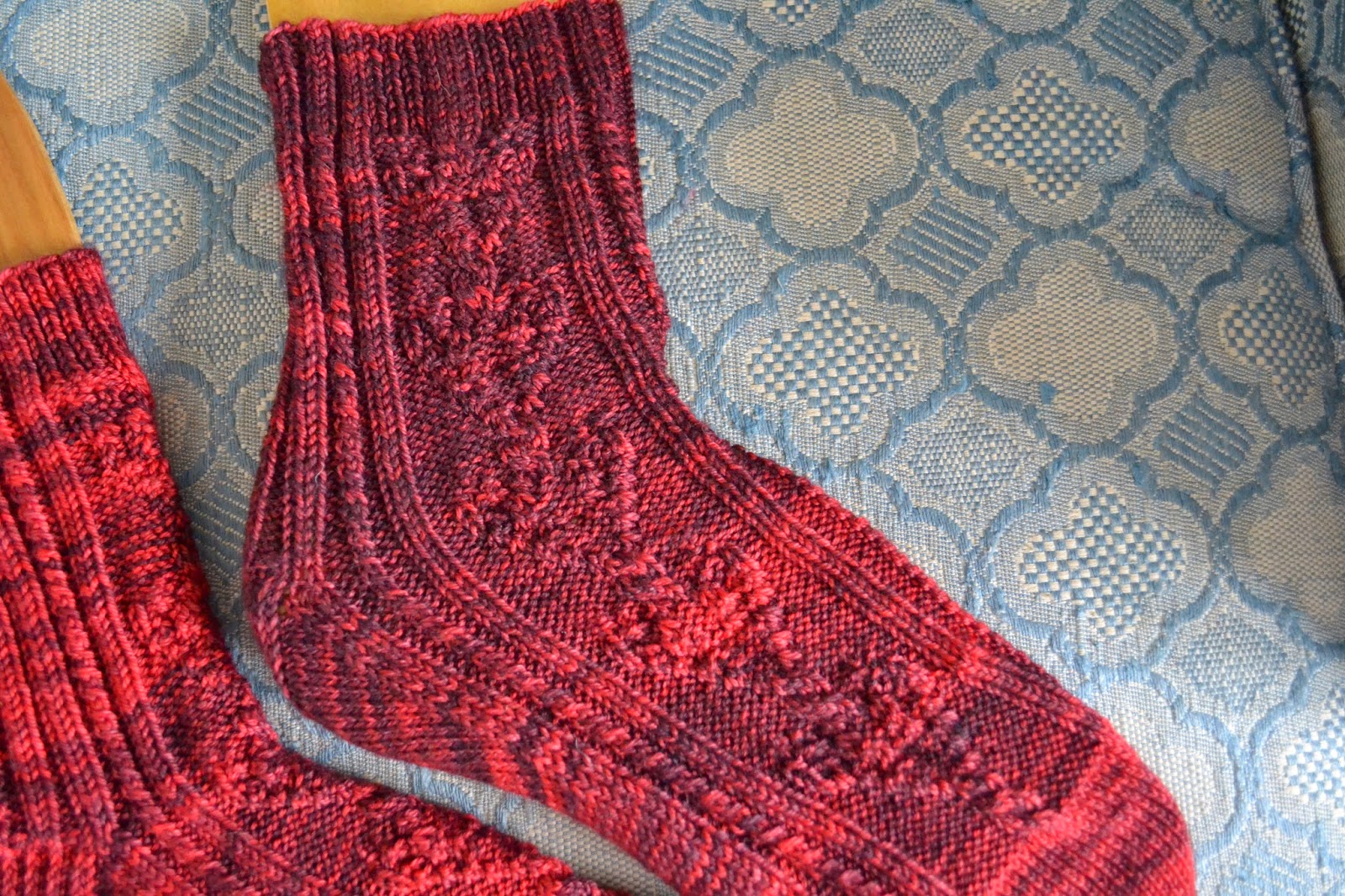 This was something of an experiment - I wasn't sure how going the other direction on the chart would turn out.  The pattern is distinct enough, but the cables don't look as smooth to me as they do on the original.  I suspect I should have flipped some stitch with one in the opposite direction, but for my life I can't grok exactly what that would be.

Two other pairs are on the needles and over halfway done, so even though progress has slowed down a lot, it hasn't stopped.
Posted by MTB at 2:59 PM 1 comment:
Newer Posts Older Posts Home
Subscribe to: Posts (Atom)